BevMo! Makes the Move to Washington! 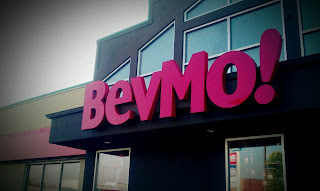 With the changes in Washington state liquor laws brought on by the passing of I-1183, the doors were opened for new retailers to make their move into our fine state. One of these retailers is BevMo!, a chain with over 100 locations in both California and Arizona. I had heard of the chain when I lived down in California several years ago, but had never ventured into one of their locations (what was I thinking?!). I finally had the opportunity to see what the buzz was about when BevMo! hosted several local writers and media on the “BevMo! Fun Bus” tour of their two brand new Washington stores in Tacoma and Silverdale. While I was only able to join up for the Tacoma store visit and didn’t get a chance at any of the fun bus fun, I had a great time learning about the chain, touring the store and sampling some fantastic wines.


I wasn’t quite sure what to expect when I was first walking into the store. Sometimes you think of large retailers as something that is more concrete, stale, and dark. NOT the case at BevMo!. As I walked in, I immediately noticed the open floor plan, bright lighting, and light wood fixtures. It was welcoming, warm and friendly. People associate these outside liquor chains with big box stores, and I think of BevMo! along the same lines as your neighborhood drug store. It has everything you need without being overwhelming, and you still feel like you’re shopping local due to the emphasis on local goods. One of my favorite things about the store was the ability to pick out the aisles of Washington beers and wines easily. These are all labeled in green, making it easy to bee line for your favorite Washington beverage. Another unique feature of the location was their growler filling station. You can bring in growlers to have them filled in store! And BevMo! wouldn’t live up to it’s name without the “more” aspect of it’s selection. They had an amazing selection of snacks, cheeses (anyone who puts Cougar Gold on the shelf is a friend of mine…), sodas, and high end items like caviar. It’s a one stop party shop for sure. And even better: their 5 cent wine sale event happens three times a year. The 5 cent wine sale is where customers can purchase a bottle of wine at the ClubBev price and get the second bottle for only 5 cents. The sale is currently offered in their California and two Arizona stores and a sampling of the sale will be offered in Washington stores this year. Sign me up, that sounds fantastic! 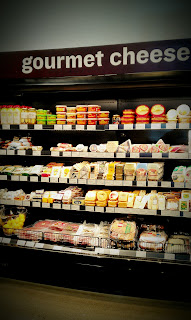 (who can spot the Cougar Gold?) 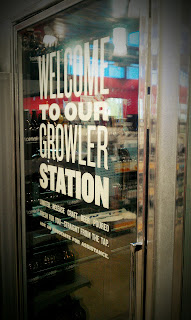 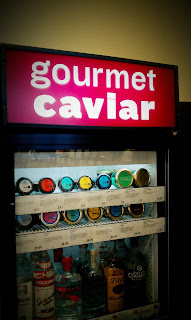 (This would be the "& More" portion of their name, caviar!)

During our visit as part of the media tour, we were able to taste several California and Washington wines side by side to do some comparisons. This tasting was led by BevMo!’s own Wilfred Wong, who serves as their cellar master, and well known wine writer Paul Gregutt. Each represented one of the bottles in each side by side pairing and made their case on why theirs was the better choice between the California and Washington selections. As most of my tasting ends up being so Washington focused, this was a really fun way to explore some new wines. Our line-up for this tasting included: 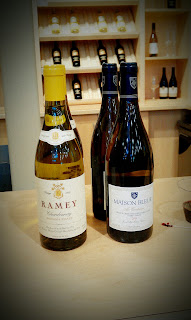 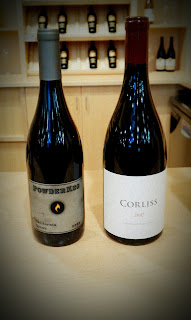 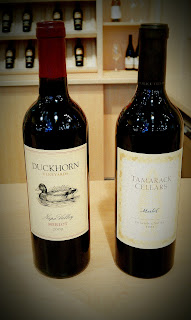 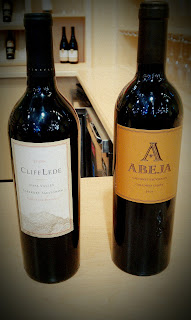 While not necessarily these particular vintages, I have tried all of the Washington wines in the line-up. The only California winery I had tried from this list was Duckhorn (if you remember the wine dinner I attended awhile back). It was very interesting to listen to our tasting hosts explain their take on each wine we tried. I think in the end, Washington took the prize for having the favorite in the bunch, but that’s because we’re all pretty partial to (and extremely spoiled by) Maison Bleue and Corliss (YUM!). 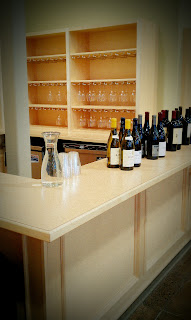 I was quite impressed by not only the hospitality of our BevMo! hosts for this tour, but of the store I visited itself. They did a wonderful job of setting up shop for the Tacoma location, and I look forward to visits to their other Washington locations (Silverdale already open, others coming soon!). 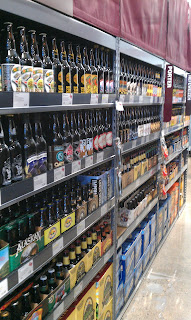 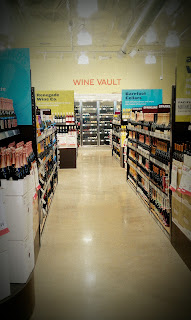 (Great layout in the Tacoma store)
Posted by Taryn Olson at 9:46 PM