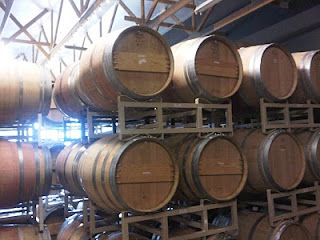 A few posts ago I had mentioned that I would have a write-up on the Barrage Cellars 2007 Outcast Cab Franc. Well, that time has finally come! I was finally able to enjoy this bottle with some friends while on a trip down in Utah (yes, I took my own wine.. sssh.. don't tell!). I thought it would be fun to get the first taste notes and flavor opinions from all of the people I was drinking it with, so they are all included here as well. In attendance for this bottle was myself (Taryn), Heather (a born and bred wine lover), Tyler (fiance of Heather, her wine love has rubbed off on him), and Ryan (Tyler's roommate, and oddly enough someone I went to high school with in AK!).

To start with, a little about Barrage Cellars: Barrage is owned and operated by Kevin Correll and his lovely wife Rebecca. They have a wonderful space in the Woodinville Warehouse District, side by side with many other wineries that have space in the area as well. Their tasting room is beautifully simple and inviting, where you're greeted right as you walk through the door. The barrel room in the back of their space holds the liquid treasure that has yet to be bottled. This is a great winery that produces some fantastic wines. 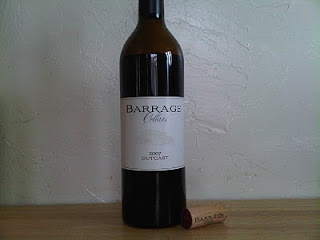 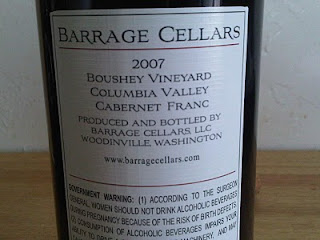 The 2007 Outcast Cab Franc is 100% Cab Franc from the Boushey Vineyard in Grandview, WA. My first impression of the aroma of this wine was that it was very pleasant and that of a true cab franc. My first taste was delightful, and the flavors consumed the entire mouth. Especially noteworthy was the taste I got on the back of the pallet, which was very smooth. Flavors of black cherry were present and kept me wanting more. It has a beautiful dark color that is very solid when you try to take a look through the glass. I am a big fan of caesar salad (I make mine from scratch!) and the rich garlic flavors of that salad would be so tasty with this wine. In fact, I would eat just about any food with this wine! The wine definitely improved as it sat open for awhile, and decanting it would make it even better.

Heather's opinion was that it had a "nice bouquet" and that at first taste it was very "fruit forward" and "very smooth". Tyler said that it had "a nice aroma" and that the wine was "good, and very smooth". He went on to say that it was "not overly complex, but complex enough" (my favorite note of the tasting!). Ryan tasted it and announced "I like hot cabs" and said that it has "a fair amount of black cherry". Everyone in attendance was a big fan of the 2007 Outcast Cab Franc and we were very lucky to enjoy this bottle to start out our Friday night!

Thanks again to Kevin Correll for creating such a tasty wine. I look forward to what the future vintages have to offer!
Posted by Taryn Olson at 8:36 PM No comments: 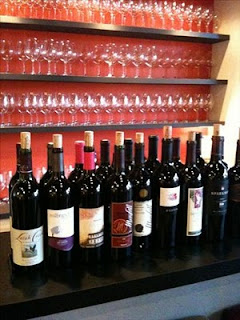 Now, Merlot has never been a favorite of mine and is never my first choice on a wine list. But when Josh Wade (@nectarwine) of Drink Nectar put together the WA Merlot tasting for March 25th, 2010, I knew it could not be missed. The tweetup I attended for this celebration of Washington State Merlot was at Seattle Wine Outlet (@SeaWineOutlet), at their Interbay location. I had never had a chance to visit either of their store locations and I was super excited to see that their Interbay store was so close to where I live (can we say new favorite place to get wine??). My good friend, the wonderful Seattle Wine Gal (@SeattleWineGal) put together the event with the help of the awesome staff at Seattle Wine Outlet. They had a terrific sitting area with tables and chairs where we could all gather around and sip our wines and discuss together. It was the perfect venue for our event. 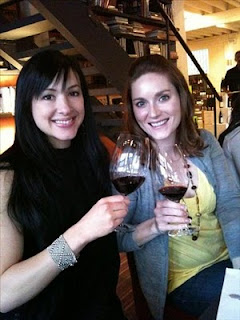 In addition to seeing some familiar faces in @BlackPearlSEA and @SeattleWineGal's other half Jason, I was able to meet a few new twitter folk at this event, including @KarenRosenzweig, @larsryssdal, @HipsForHire, @jojolocal, @kirste, and the one and only @ChrisPirillo (who provided quite the wine commentary at the event, with some of my favorite quotes to come). Owner Richard Kinssies put together some amazing snacks for us to accompany our wine, including several cheeses (so wonderful!) and pulled pork sandwiches! We lucked out in getting to have our event here!

We had nine different wineries featured in our line-up for the event. Some I had tasted before, but most were brand new to me. What I liked most about this event was that by trying so many different types of Merlot, I was able to determine what it is that I do and do not like in this varietal. The following wines were featured at our event:

My favorites of these included the Hard Row to How Shameless Hussy (that was a fun one to crack jokes about, I think mine was something like "she really gets around the table"), the Milbrandt Traditions Merlot, the Maryhill Proprietor's Reserve, and the Barrage Cellars Trifecta. While I enjoyed most of the wines I tasted, these wines stood out as my favorites of the bunch. I don't like a very peppery Merlot. I like the smooth finish that hits the taste buds in just the right way. I will say that I will definitely be trying these favorites again!

Some of the best quotes of the night came from @ChrisPirillo, who held his wine like a "goblet" and referred to the Maryhill Reserve by saying "it's like a summer day picnic without humidity or ants". He also said that the Hard Row Shameless Hussy was "sexy; it's nibbling my tongue". Oh the laughs were a plenty during this event with Chris's colorful commentary. It was a great group to be at a tasting with and I was so fortunate to have met everyone!

(big thanks to Seattle Wine Gal for taking such an adorable picture of us w/ her phone. I just had to share it here!)
Posted by Taryn Olson at 8:22 PM No comments: