Waiting for Taste Washington each year is like counting down to Christmas. There's all of this excitement leading up to it and then the day comes and it's pretty magical and then the day after you become all depressed when you realize you have a year until the next one! This year was no different. As per usual, I spent hours at the event and still wasn't able to try everything I wanted to. My "try new stuff" plan only worked partially, as I was still stopping to chat with winemakers I knew, but I did manage to stick to trying new wines of theirs that I had yet to taste. All in all, a fantastic event and I give serious kudos to the Washington Wine Commission for hosting another stellar Taste Washington. Sadly, I missed out on the seminars as I was just getting back from vacation that day, but the Grand Taste was fantastic and I have some highlights to share...

I've tried DiStefano Winery wines a few times in the past, and I had even picked up a gift basket at a charity auction last fall. I've been pleased with their big bold reds. A new one I tried at Taste Washington this year was the 2006 Sogno Cab Franc. A nice one that I would find again in the future. It was great to learn that one of their assistant winemakers is female! There are so few in the wine industry, and I love finding them! 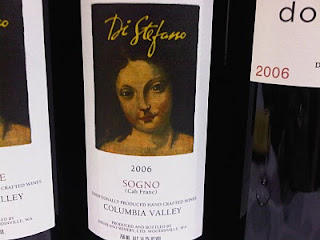 A favorite that I made a point of trying early (because I knew it would pour out early on), was the Betz Family Winery 2009 La Côte Patriarche Syrah. This has yet to be released and was definitely still a bit young, but most definitely delicious! I am a huge fan of Betz wines, and it's such a treat when I get to enjoy them. 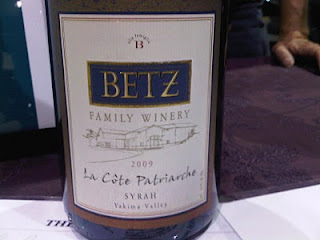 I have had several DeLILLE Cellars wines in the past and they have all been quite enjoyable. But I don't believe I had ever tried one of their white wines. I tried the 2009 Chaleur Estate Blanc, a blend of 67% Sauvignon Blanc and 33% Semillon, and was quite impressed. This was refreshing and crisp and one that I intend to grab some more of for the coming summer months! 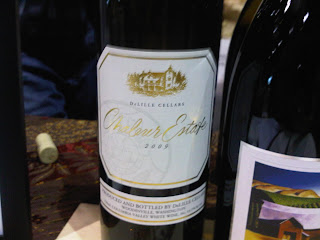 Sojen Cellars' 2010 River Rock Grenache Rose was a lovely rose. I am a big summer time rose drinker, and I had yet to try a rose of Granache. It was sweet and tart at the same time and one that I want to try more of. This is low production (only 46 cases), so get your hands on some before it's all gone! 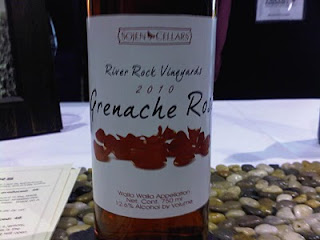 If you remember way back to last year about this time, I attended an Andrew Will Winery wine dinner at Purple Cafe & Wine Bar (read about that dinner here). That was my first experience with Andrew Will wines and I knew at that moment it definitely wouldn't be my last. A nice one I tried at Taste Washington was the 2008 Two Blondes Vineyard Red. This is 42% Merlot, 30% Cabernet Sauvignon, 19% Cabernet Franc, and 9% Malbec. A stand out for sure among the myriad of wines at this event! 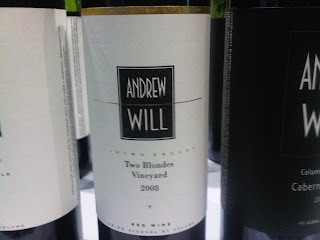 Hardrow to Hoe Vineyards had a cute table display to showcase their wines. I am a big fan of Hardrow, and make a point to visit the tasting room during my annual Lake Chelan visits. I'm looking forward to an upcoming Memorial Day Weekend trip out there again! A wine of theirs that I hadn't tried before was the 2008 Zinfandel. This was awesome! Definitely reminiscent of a big California Zin, something you don't see in Washington wines all that much. 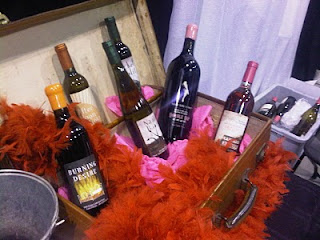 Well I did actually try a few wineries that I had never tried before, not just new wines from wineries I knew. One of these new wineries was Tertulia Cellars, based in Walla Walla. I really enjoyed their 2007 Les Collines Syrah. It had a lot of flavor and was one I would likely try again. 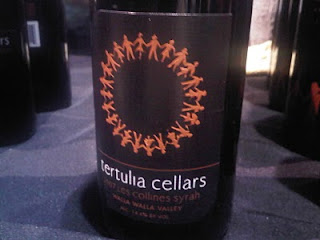 Ok, the photo I got for this next wine may be horrible, but the wine is anything but. The Elsom Cellars 2008 Malbec is incredible. I ran around for awhile trying to find their table, since I knew this was one I intended to try at Taste Washington. This is 18% Alder Ridge Malbec, 73% Gilbert's Organic Doc Stewart Malbec, and 9% Clifton Vineyard Merlot. I LOVE this wine. Elsom is another winery that has a female winemaker, and she's doing such great things for Washington wine. I can't wait to visit the Elsom tasting room again so I can grab a bottle of this for myself! 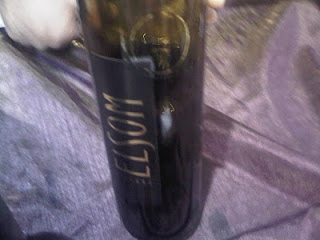 Another fairly new winery for me (I think I had tried one wine at a tasting a few months back) was The Bunnell Family Cellar. This was another one of those that I was extremely glad I found. I was pleased with the wines across the board, including their Viognier and Grenache. 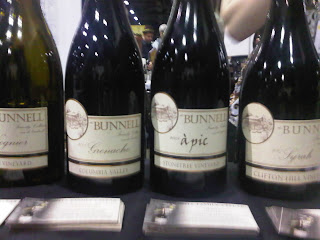 I tried àMaurice Cellars for the first time a few weeks back at Legendary Swirl at El Gaucho. I met the winemaker at that event, Anna Schafer (another female, right on!), and was happy to learn she would also be pouring at Taste Washington. She was pouring her new Malbec, and it was pretty solid. I look forward to trying more from àMaurice! 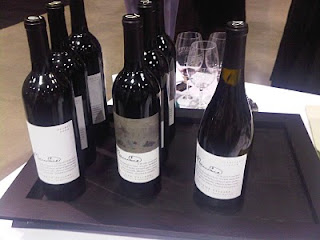 Another favorite winery (that just happens to be IN Seattle) is Bartholomew Winery. Bart's tasting room is located in the Old Rainier Brewery Building, which is an up and coming area for breweries and wineries. He was pouring several recently released wines at Taste Washington, including the 2008 Viognier from the Snipes Mountain AVA and the 2007 Railway Red, a blend of 54% Cabernet Sauvignon, 31% Pinot Noir, 11% Syrah, and 4% Malbec. Both were amazing wines, and given their price points ($14 for the Viognier, $22 for the Railway Red) I am quite certain I will be stopping by the winery to stock up very soon! 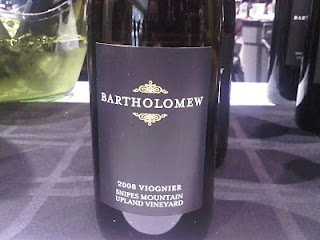 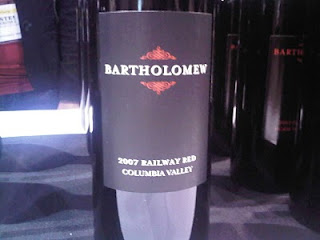 I've said it before and I'll say it again: so many wines, so little time. I could have spent 5 more hours at Taste Washington 2011 and still not tried everything I wanted to. I realized after I left that there were several people I neglected to stop by and say hello to (sorry!), but I'll blame that on the "Christmas Day excitement" that Taste Washington brought on. Miss it this year? Shame on you. At least you can start counting down to next year, I know I will be!
Posted by Taryn Olson at 5:52 PM