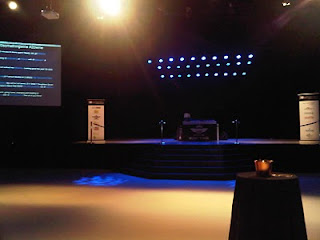 Last month I attended the highly anticipated 20something – the new vintage (@20somethingwine), held at the Fremont Studios. As I previewed a few weeks prior to the event, the event is geared toward the “20 something” wine drinker, an age group that often doesn’t know much more about wine than the fact that they like to drink it. This year’s 20something event sold out in the days leading up to it, and the place was filled from wall to wall with eager wine tasters.

As you entered (from the bitter cold, that was a rough weekend), you walked down a long hallway to receive your glass, your first taste, and to get photos on the red carpet with the one and only Seattle Wine Gal (@SeattleWineGal), Barbara Evans. Here you were also able to enter to win some amazing prizes that were given away throughout the evening by SWG up on stage. My favorite of the prizes (which I did NOT win, bummer!) was a wine weekend getaway courtesy of Seattle MINI. This involved winning the use of a MINI for the weekend to take a road trip to eastern WA wine country for a stay at Desert Wind Winery (@desertwindwine) and dinner for two at Picazo 7Seventeen (@Picazo717). What a great little weekend, maybe I’ll have to head over there for a weekend like that, just at my own expense instead of as a prize! 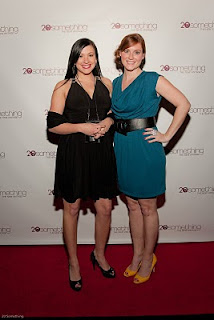 (SWG and myself on the red carpet) 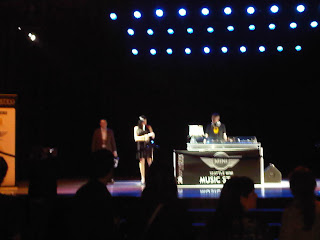 (SWG calling out winners for prizes)
My favorite thing from this event was the “Geek Lounge”, which I had talked about in detail in my preview post. It was a lot of fun to taste several Merlots side by side at the Merlot Bar and to try a few different whites at a bar dedicated to that also. Another favorite aspect of this room was the food and wine pairings available. The Waterfront Seafood Grill (Waterfront70) cooked up pan-seared Columbia River King Salmon with Beluga lentils, smoked bacon, sherry vinegar and red onion jam. This was paired along with Sparkman Cellars’ (SparkmanCellars) 2009 Lumière Chardonnay, which was an excellent pairing. I may or may not have gone back for seconds on that salmon! Yum! 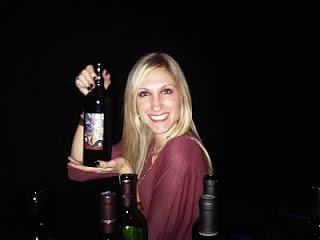 (@erindrinkswine would love to pour you some Merlot)
Some other highlights of the evening: @clivity and @jojolocal thumb wrestling for the last piece of the AMAZING shrimp that @chefmagana prepared for us; Greg Smallwood of Laurelhurst Cellars’ (@LaurelhurtWine) quote about being “wine blocked” by his business partner (“it’s ok as long as our pour spouts don’t touch!”); and @Seattlewinegal’s impromptu dance-off competition up on stage amongst 20something attendees. All in all it was a pretty entertaining night! 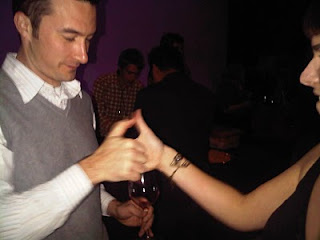 ("One, two, three, four, I declare a thumb war...")
I would say that the only thing I wasn’t so keen on at this event was the fact that I just couldn’t fine some of the wine I wanted to try. While I really like the idea of the winemakers intermingled with the crowd for more one-on-one interaction, this left them all over the place throughout the whole night with no set base to find them at. I saw several multiple times and some not at all. There were a few wines that I was looking forward to trying at the event, but I was never able to find them amongst the crowds. Maybe a future idea would be a hybrid of walking around in the crowd but in a “zone” area, so you know that you’ll always find certain wineries in certain zones? That would have made it much easier to find some of those wineries I had been excited to try out at 20something.

The after-party for the event took us around the corner to LTD Bar & Grill for some post-wine PBR’s (if you’re gonna switch it up, switch it up BIG), and an intense game of Big Buck Hunter between @erindrinkswine and myself. She won. I need to work on my video game hunting skills apparently.

Overall, 20something was a huge success for the 5th year in a row. I look forward to next year and the fun new ideas that the Washington Wine Commission (@WineCommission) will bring to the event! 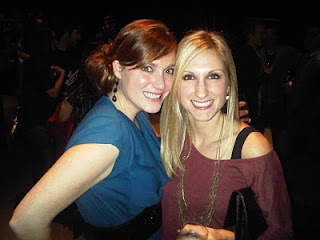 (Two happy 20something attendees)
Posted by Taryn Olson at 10:04 AM