A few weeks ago I provided a preview of the Taste of Tulalip, held November 12th – 13th, 2010. In it I provided a sneak peak on some of the food and wine that would be available at the main event. Well let me tell you something, the main event did NOT disappoint. The whole event was simply fantastic! As we entered, we checked in at the main tables and were provided goody bags and Riedel tasting glasses. The concourse leading to the main Orca Ballroom had all of the California wineries in attendance at the event. I thought it was interesting, and pretty cool actually, to have the CA and WA wineries separated at the event. That way, while we were in the hallway we knew we were tasting wine from all CA wineries, and in the main ballroom we were tasting WA wines. The main ballroom had the wineries spread out throughout the room, with food prep and tasting stations mixed into center areas. The “twitter lounge” had some couches and chairs, and a large screen showing the tweets of everyone using the #TasteTulalip event hashtag. It was fun to watch my tweets from the event go by throughout the evening! One thing I noticed immediately was the winery placement around the room. At first, I was a bit thrown by the fact that the wineries weren’t in any sort of order. Normally these types of tasting events have them alphabetically arranged and easy to locate. After I wandered around a bit, I realized I liked the random nature of the winery table locations. Instead of bee-lining to specific wineries I knew, it forced me to take a look at each table that I passed, and in turn, I was able to try a few new wines I had never even heard of prior to the event. Several seminars and food & wine pairing challenges also took place during the event, however, I missed those as I never seemed to know when they were happening! (note for next year to event organizers: perhaps an announcement of when these are starting?) Overall though, I was extremely blown away by the wines that were brought to be poured by the wineries, the amazing food offered by the chefs of the Tulalip Resort, and the overall vibe of the entire event. I included a few notable wines from the event below, so read on! 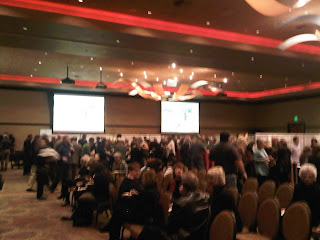 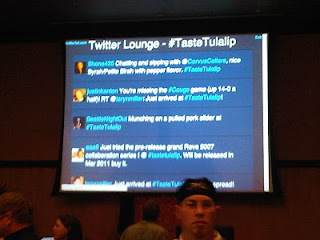 Well, go big or go home right? I’m just going to come right out with my favorite wine of the evening, the Corliss Estates 2004 Columbia Valley Cabernet Franc. This wine was balanced and wonderful. I’m finding through my many tastings that I am a huge Cab Franc fan and I think I may have found my favorite of the Cab Francs! This is a must try, and one that will no doubt be finding its way onto my wine rack in the very near future. 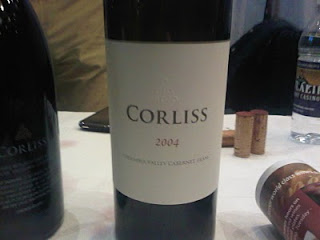 Additional stand out wines for me were the wines brought by the amazing Bob Betz of Betz Family Winery. I had been hearing all around the wine world that Bob Betz is one of the most genuine and friendly people out there and I was so honored to finally meet the man himself at this event. He took time to explain each wine he was pouring, it was great! Available at the Taste of Tulalip was his 2008 La Cote Rousse Syrah, the 2008 La Serenne Syrah, and the 2008 Pere de Famille Cabernet Sauvignon. This last Cab I tried is a young cabernet that is amazing now, but will be simply stunning with a few years on it. This was my first experience tasting Betz wines, and it will most definitely not be my last. 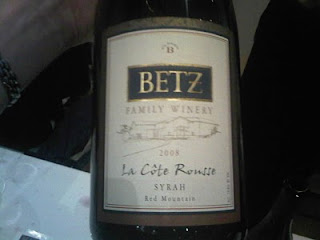 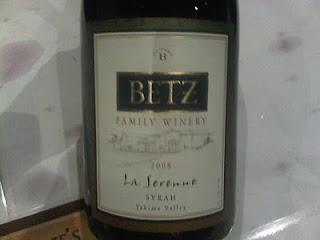 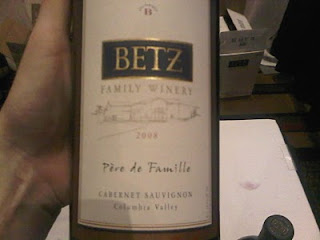 One of the great things about wine tasting events is discovering new wineries and winemakers. 21 Cellars (@21Cellars) is one that I discovered at this event. This winery is based in Tacoma (I don’t think there are many others down there?) and is a partnership between Phillip Coates and brothers Ben and Dan Bradley. They still have very limited production, with less than 100 cases produced of their 2006 Pont 21 Cabernet Sauvignon, which was poured at this event. The brothers are young and ambitious and I have no doubt that we will see more fabulous wine from them in the coming vintages. 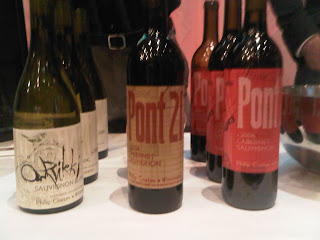 Visiting with a favorite, Barrage Cellars (@BarrageCellars), I had the chance to try their 2008 Eclipse Syrah, which has not been released yet. Poured from the decanter at this event, this wine is young and different from other wines I have tasted from Kevin Correll. It was fruit forward (which I love) and left me wanting more. I am very excited to see what this wine does as it ages a bit more. Also fun to note is that Kevin won a food & wine pairing challenge against Charles Smith of K Vintners! Way to go Kevin! (and look how happy he is with his prize basket) 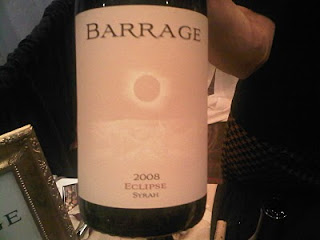 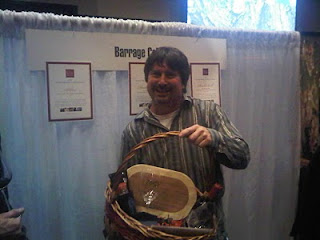 Other notable Washington wines from the event: the Five Star Cellars 2007 Cabernet Sauvignon, which received 92 points from Wine Spectator in October, and was a Double Gold at the 2010 Seattle Wine Awards (@WineAwards). A friend and I purchased this bottle to share together at a future dinner, looking forward to it; the Hightower Cellars (@HightowerCellar) 2007 Murray Cuvee Blend; the Flying Trout Wines 2008 Malbec (did you know they are one of Walla Walla’s tiniest wineries for case production?); and the William Church Winery (@WmChurchWinery) 2007 Sur la Mer French Bordeaux blend and 2008 Malbec, a 100% Malbec.

Onward we go to California! It was great to try CA wines at this event, as most events I have been to lately have all featured WA wines. I don’t know as much about CA wines or appellations and it was great to try cabs that were just a bit different from what I’m used to having here in WA. A favorite of mine that we don’t see much of in WA is Zinfandel. The Charles Krug (@charleskrugwine) 2006 St Helena – Napa Valley Zinfandel was very nice. I do love a good zin… 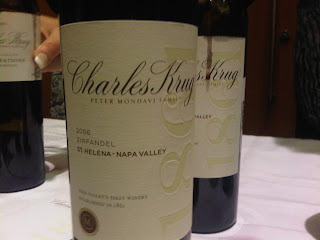 Another standout CA winery was ZD Wines (@ZDWines). Each vintage of their Abacus wine is made with the previous vintages included in it as well. So basically, Abacus XII, which they are on now, contains all eleven prior Abacus vintages in it as well. This is a spendy bottle (the Abacus XIII is pre-selling for $475/bottle), but no doubt is unlike any other wine you will find out there. We were able to try their 2006 Reserve Cabernet at the event, and after the full bodied cabernet nature of that, I would LOVE to try the Abacus someday. 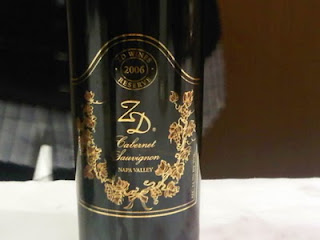 So much wine, so little time... While I’d love to have the chance to list out every amazing wine I tried at the Taste of Tulalip, it would just take much too long (goes to show you how many great wines there were there!). If you haven’t tried the wines I did include in this post, get out there and get yourself a bottle and let me know what you think! In the mean time, I can’t wait for the Taste of Tulalip 2011, held November 11th and 12th, 2011. This is an event that will become a permanent fixture on my social calendar and I hope to see its popularity increase even more next year!

(photo below of Megan, myself, and Tara. We had a blast at the Taste of Tulalip!) 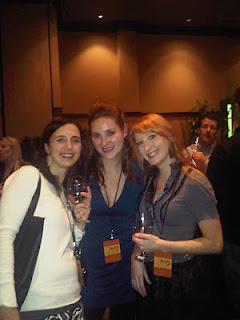