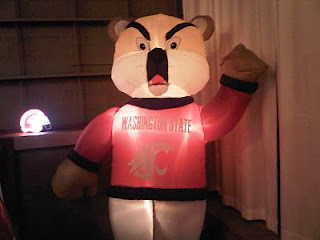 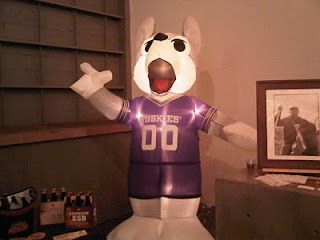 University rivalry runs deep, and here in Washington our two largest schools are looking for bragging rights at every turn. Whether it’s a win in the Apple Cup, or raising the most money for a great cause (remember in 2005 when the Space Needle was painted crimson & gray?), the University of Washington and Washington State University have a rivalry that goes back over a century. This year, the 2nd annual Grape Cup was held as another of these contests to let each school battle it out for supremacy. The Grape Cup is no ordinary battle and while there are no sports involved (well, ask a winemaker how much physical energy goes into each vintage, they may beg to differ there), it is a contest of ability; to see who makes the best wine or beer in the state of Washington.

This year’s event, held at 415 Westlake, had a great turnout of both winemakers and fans alike. This was a great venue for this event, with an open spacious room to wander around, a kitchen to prepare food, and beautiful high ceilings. On this night, the tables were adorned with their crimson & gray or purple & gold, and there was more school spirit in that room than I’ve seen at some sporting events! It was great to see the winemakers and fans in attendance all dressed up in their respective school colors. In true sporting fashion, the judges for the event were dressed in referee uniforms as they made their rounds to sample the wines and beers. We nibbled on some tailgate snacks (macaroni and cheese?! sliders?! I was in heaven…), and made the tour around the room on our quest to determine who made the best wine: UW or WSU? It was a hard start for myself and my friend Erin (@ErinDrinksWine) as WSU alum, as we were slightly biased and seemed to be drawn first to the Cougar tables. We overcame the natural pull toward the crimson and were able to try some amazing wines (and beers!) from around the state. As mentioned in my preview post for the event, the Grape Cup benefited the Washington State Farmworker Housing Trust and we had a representative in attendance to explain a little about the organization and how they work to benefit our state’s farmworkers. 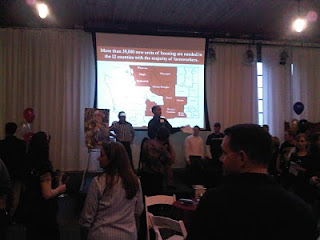 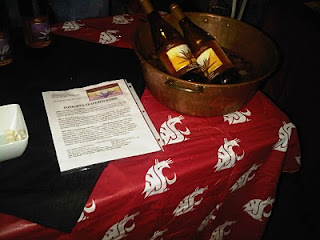 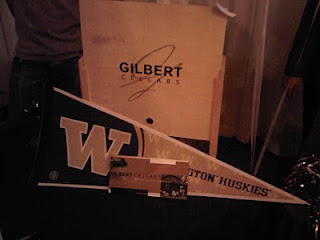 Some of my favorites of the event included the Willow Crest 2009 Pinot Gris (Cougar wine!), the William Church Winery (@WmChurchwinery) 2008 Bishops Blend (38% Malbec, 11% Syrah, 9% Merlot, 3% Cab Franc – another Cougar wine), the Brian Carter Cellars (@briancarterwine) Oriana (Husky wine), the Pandora Cellars (so new they don’t even have a website yet!) 100% Cabernet Sauvignon (Husky wine), the Tempest Sol Winery 2008 Dusk (Merlot and Syrah blend – Cougar wine), and the Mercer Estates (@MercerEstates) 2008 Sauvignon Blanc (Cougar wine). While there were many many others that I enjoyed at the event, these stood out and were the ones I wrote down to remember! 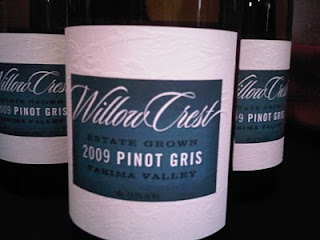 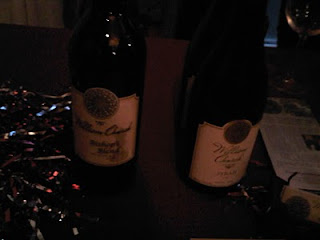 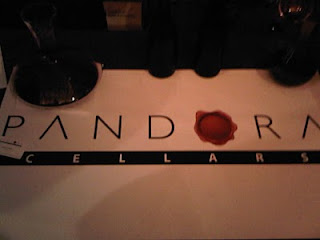 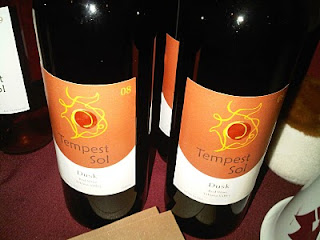 Palouse Winery won my heart (and my stomach) with their addition of one of the most amazing things ever to their table: Cougar Gold Cheese. Folks, if you have never tried this little bit of heaven in a can, get yourself to Met Market or the Cougar Connections store at Westlake and get some to try for yourself. This is a constant staple in my fridge! 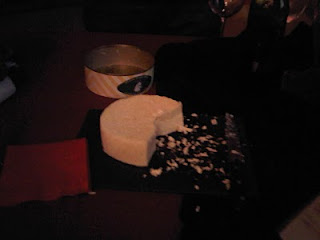 In the end, the Washington State Cougars prevailed, beating out the University of Washington Huskies by just ½ a point in the referee’s voting:

The people’s choice voting went to the Huskies, who beat out the Cougs in the team competition by just ONE point. But once again Robert Smasne was on top, winning the people’s choice individual winery first place award:

HUGE congrats to Robert, who has now won this competition two years in a row with one of his wines. Robert is an avid WSU alum, and also participated in a WSU Alumni wine event that I helped organize a few months back. I love that such fantastic wines come from a WSU Coug! 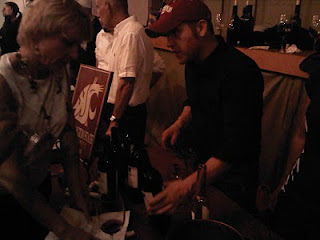 This year’s event was a blast, and will be one that I will no doubt continue to be a part of from here on out. Both the Cougs and the Huskies will be back with a vengeance next year, whether it is to defend the title (as WSU will be) or de-throne the champs (as UW will try to). Until next year, there’s only one thing left to say: 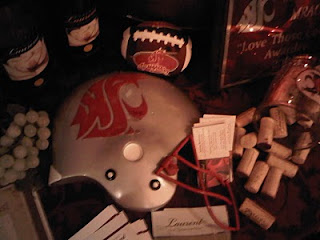 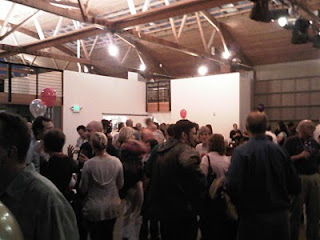