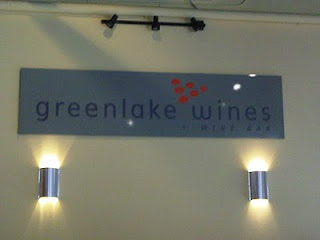 I'm so excited to write about a place that is quickly becoming one of my favorite hang out spots here in Seattle. Greenlake Wines (@grlakewine) is a wine bar and wine shop located in North Green Lake that has been open since March 2010. The shop is owned by Richard Kinssies, who you may remember me mentioning when we visited his Seattle Wine Outlet (@SeaWineOutlet) store back in March for our Washington Merlot Tweetup. Greenlake Wines has a great spot on a busy corner and is an inviting and all-around fun place to hang out. One of my favorite things that they have started is a Thursday night complimentary wine tasting where they will bring in one or two winemakers or distributors to showcase several of their wines. The event, which runs from 5-7pm on Thursday evenings, brings in quite the crowd to the shop! I have been fortunate to attend several of these tastings over the past few months, and I'm happy to be able to share all the fun wine finds I have made at these weekly events!

My first Thursday tasting was for two separate wineries. Nota Bene Cellars and Renwood Winery were in attendance, each pouring a variety of their wines. I tasted through the four Nota Bene wines first, with the 2007 Mourvèdre and 2007 Syrah being my favorites. The Mourvèdre was slightly spicy, but not too much so. It was a very tasty and well rounded red and only 25 cases were produced! The Syrah was 84% Syrah, 8% Mourvèdre and 8% Grenache and had a great nose and structure. The Renwood wines are a great bargain for such great juice. The 2007 Viognier was another one of those great summer wines, and at $10/bottle, is hard to beat! The 2007 Barbera was probably my favorite of the Renwood wines. This is a very fruit forward wine from the Sierra Foothills in California and is another $10/bottle steal! I definitely left with two bottles! The 2006 Old Vine Zinfandel is Renwood's highest production wine and is their lead item. Flavors of cherry, berry and sweet vanilla come forward in this. The 2006 Fiddletown Zinfandel comes from the highest elevation appellation in California. This has big flavors, but remains soft. Of the several Zinfandel varieties I tried at this tasting, this was my favorite. You might remember my Bags & Bottles post from back in March where I mentioned that I wanted to try more Renwood wines. I'm so glad I finally had the opportunity! 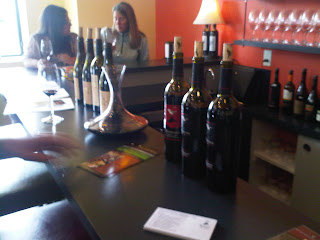 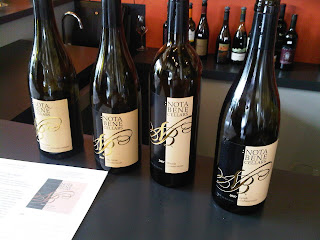 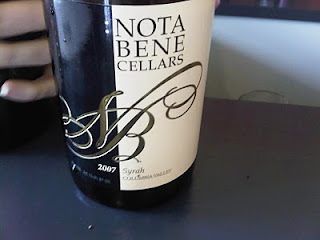 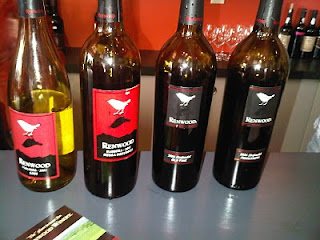 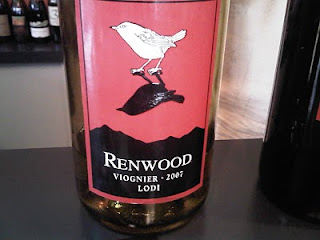 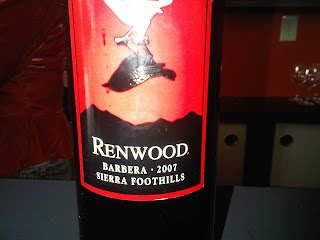 The next Thursday tasting I was able to attend was for Efeste (@Efeste), a Woodinville winery that I had not had the opportunity to visit as of yet. Winemaker Brennon Leighton was on hand to pour the wines and answer questions about them, what a character! It was great to meet such a charismatic winemaker and to have him on hand to give us such great information about each wine being poured. The 2009 Feral Sauvignon Blanc was our first wine, a 100% Sauvignon Blanc from the Columbia Valley. The 2009 Babbitt Rose was a great Rose (and I do love Roses!) that as Brennon stated, has "everything but the kitchen sink in it!". The 2009 Riesling is an Evergreen Vineyard wine that is very sweet and very crisp. This would pair well with food. Efeste's 2007 Final Final is a 56% Cabernet Sauvignon, 42% Syrah, and 2% Mourvèdre. The Mourvèdre adds a bit of spice to this wine, which leaves a strong aftertaste on the palate but was otherwise enjoyable. Before today, I had not had the chance to experience Efeste wines, and they proved to be a great addition to my wine collection! 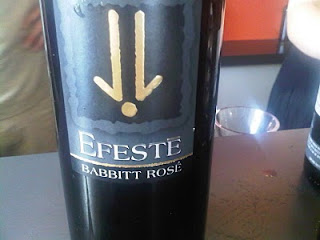 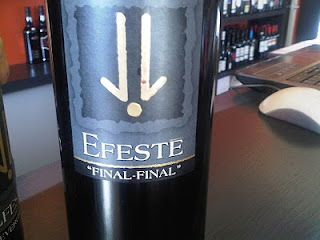 My most recent Thursday tasting adventure at Greenlake Wines was for an "East vs. West" tasting, where we sampled wines of India and wines of Argentina. Most of us have likely tried Argentinean wines before, as they tend to be fairly common. I had never even heard of wines from India! What a treat! The sparkling wine and Cabernet Sauvignon from India were my two favorites of the evening. This tasting was so crowded that I hardly had a chance to take any good tasting notes, but I can say this much: they tasted good! 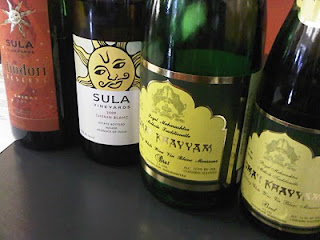 August 26th - Stella Fino Winery (@StellaFino) of the Walla Walla Valley and a second winery TBD. You'll have to attend to find out!

A new addition to Greenlake Wines is their new Happy Hour, which is from 5-7pm every night. This debuted at this past Thursday night's tasting and appeared to be a hit with the crowd! This new Happy Hour features 3 wine choices for $3/glass as well as new menu items for just $3/each! A glass of wine and an inexpensive snack seems like a great way to kick back after work! I look forward to many a Happy Hour in my future! 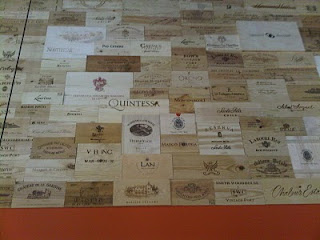